We’ve all been scandalised by reports of underhand attempts by tin-pot fascists in banana republics to silence political opponents. We’ve all become used to the principles of representative democracy in which people of all political persuasions are able to get their message out to let the public decide.

In a democracy it doesn’t matter that we disagree – we still have to respect the right of other people to say their piece. Of course there are limits to that. We’re not allowed to incite racial or religious hatred, for example but we can still say what we mean.

Imagine what it would be like if a British political party ignored those hard-won British democratic values and tried to silence their political opponents. Imagine if they did so covertly as though they were some sort of quasi-military intelligence unit conducting ‘black ops’. How would that fit with traditional British values of fair play?

Over the last ten years or so British citizens have changed the way they participate in politics. No longer do we sit passively in front of our TVs or quietly accept newspaper editorials as though they somehow have a monopoly on political thinking. We use social media. This generation, more than any other before it has the ability to discuss, to dissent, to promote and to debate across the political spectrum. And our political opportunities are so much the better as a result.

Imagine if a political party took it upon itself to decide who should or should not have access to social media. To decide who can and who cannot be heard in British democracy. There’d be an outcry – and rightly so. 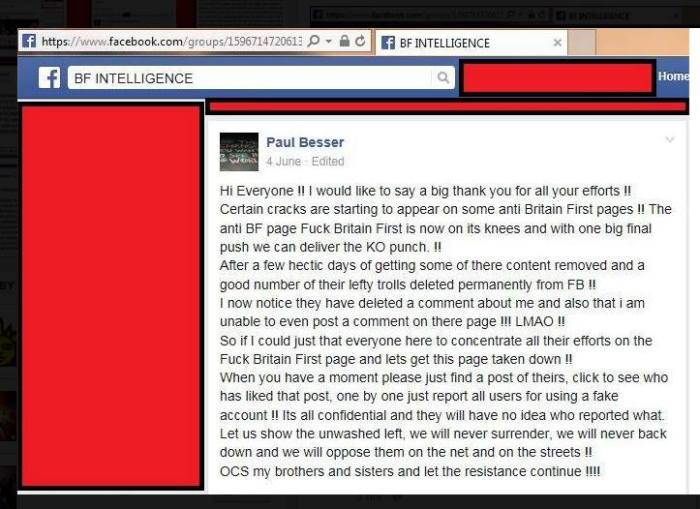 But, of course – that could never happen here…. or could it?

Well – actually, yes. There is a registered political party operating in Britain that’s trying to do just that. And they’re doing it by underhand means. They even give their covert activities the feel of a military operation, dressing up their dishonest attempts to subvert the freedom of expression of British citizens with terms like ‘intelligence’ or ‘operation’.

Even more hypocritically, they are setting up false accounts intended to complain about other, genuinely legitimate activists whom they falsely accuse of having created false accounts. They even issued instructions to their ‘operatives’ on how to create seemingly plausible fake accounts, known as ‘sock puppets’. The fact that these instructions are laughably superficial and would result in obviously fake accounts isn’t the point. The intention is clear. 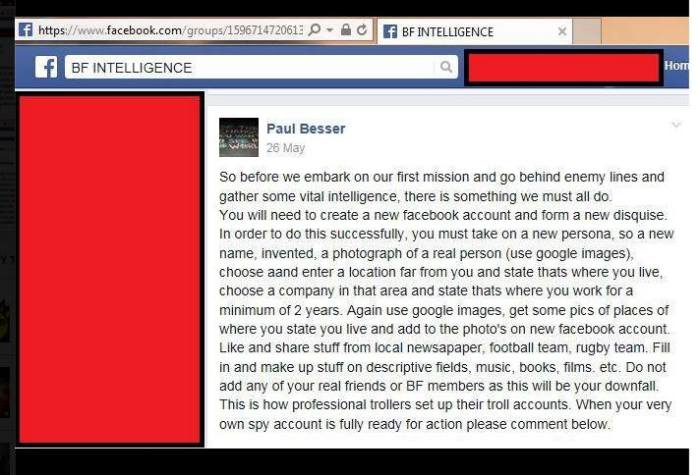 And it’s not hard to understand why they’re doing this. They’ve tried silencing their political opponents in other ways already and although they’ve had some success it’s really not been very effective. As much as anything else their attempts to make people ‘go away’ through face to face intimidation or via Email and postal threats have just made them a laughing stock. This ‘political party’ is now understood by all but its most blinkered supporters to be nothing more than a bunch of thugs trying to mask their white supremacist agenda behind real politics. They promote a bizarre definition of ‘Britishness’ that none but the most racist nationalists recognize at all.

So they’re trying a different tack – one that they naively suppose might be more subtle than out and out, in your face aggression. But once again, they’ve got it wrong. Once again they’re just showing themselves up for the undemocratic, unBritish, unpatriotic, unreasonable and uneducated buffoons they really are.

We know how we’d describe them.

We’d describe them as ‘Fascists’.

They describe themselves as ‘Britain First’!

EBF gratefully acknowledges the HM Armed Forces past and present that do not like Britain First community for bringing this ‘intelligence’ fiasco to our attention. That’s what happens when real servicemen and women take an interest in tin pot Nazis who merely  dream of playing soldiers on social media. There really isn’t any contest.

It’s truly impressive for a paramilitary style intelligence organisation to find itself infiltrated on its first weekend of operations, isn’t it?

We didn’t think so either.

9 thoughts on “When politics goes bad”