What has an English Catholic, the grandaughter of Anglicised Dutch and Irish Catholic immigrants and a proud ‘Essex girl’ to do with Ulster Unionists? 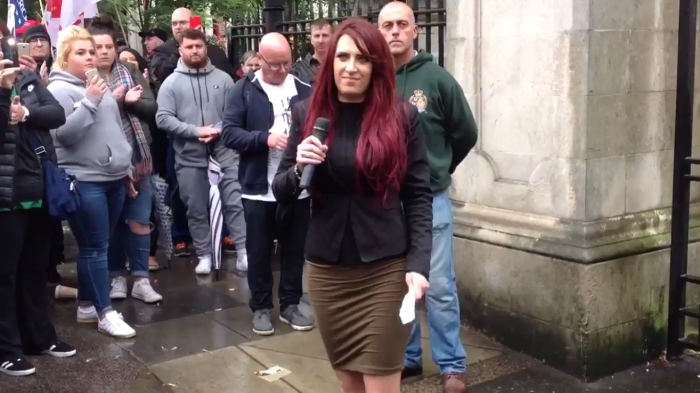 To be honest, we’ve no idea but Jayda Fransen clearly thinks she’s the very woman to lead Northern Ireland’s protestant contingent to victory over… well… other Irish people apparently.

This weekend the heroine of the Battle of Hexthorpe, this Roman Catholic of Jewish ancestry who ran so bravely from the children of a small South Yorkshire mining village seems set to take on the Irish Catholics of her own ancestry in all their paramilitary splendour. You really couldn’t make it up… and so we didn’t.

Amid the barely audible cheers of a couple of dozen Belfast bigots, watched by bemused (and armed) police from the Royal Ulster Constabulary, Fransen declared herself the unelected leader of Ireland’s Unionists.

This really could end in tears.