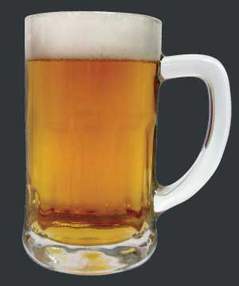 So another week’s over and another week of seeing my takings suffer as the rest of the home nations nosedive out of the Rugby world cup. BT sports taking over of the Champions league is driving the punters away. The mixed pool team has won another game, much to the chagrin of Beryl who continues to put holes in everything other than the dartboard. I do hear the ladies tiddlywinks team may be short next week.

So what have we learnt from Biffer towers this week? Well they were triumphant in Burton, they still hate the thought of countries taking in immigrants, they love Putin, they adore the Knights Templar International (other real groups are out there) they’ve stayed strangely quiet over a massacre in Sweden and finally as remembrance day comes close they wheel out the old clickbait memes to con (sorry make) money out of their supporters.

Apparently Britain First’s brave 139 protesters were confronted by a few anti’s and bravely stood their ground. This however once again turned out to be a load of rubbish as Antifa, locals and Anti Biffers including most of the EBF office turned out to harass, heckle and generally have a good day out (see EBFBlogger here and here). Once again a huge police presence and shut shops proved what a waste of tax payers’ money and the costs of closing local businesses ensues when Folding and Dutchy come to town. 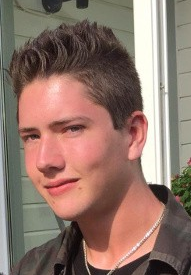 The massacre in Sweden by a white, right wing terrorist and I mean terrorist not a misunderstood kid, not a loner, but a terrorist has led to near silence by the media, right wingers and politicians in this country. It appears to me that a nutter is a nutter whatever race or religion he or she may be. But while every Muslim man or woman is labelled a terrorist by the press or Biffer towers I have to counter that when this happens. I wasn’t the only one whose first thought when I heard the colour and politics of this boy was not Muslim was one of relief, when I should have been showing respect to those that had lost their lives. It must be working in the murky world of Anti Britain First that has made me do this.

But now on to the most important issue of the week (to me) and the outpouring of clickbait from Britain First and it’s offshoots including ones we are still checking on claiming to respect our troops, respect remembrance day, respect the poppy. So here we go, they are begging to get Folding elected, they are begging to stop their computers from being hacked, they are begging for court case costs and once again they are stealing money for their tatty products representing the poppy. And yes I did say stealing, because every penny they take goes into their bank account and is sent not to the armed forces but kept for whatever purpose Folding and Dutchy want to use it for (trip to Hungary, new tyres for their van or to hire a snooker hall for an hour). The unfortunate truth is any money raised does not go to respect our troops or to buy housing (something their memes tell us the refugees are getting) and Folding is still disrespecting our troops nearly 10 years since he wore pants on his head at the Cenotaph. 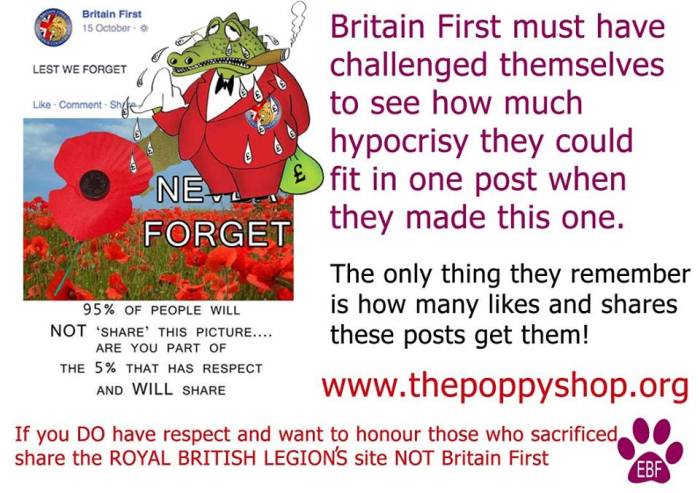 One of our page readers has challenged Golding to prove where the money has gone. To date nothing has been heard. Many of the good people of the page have been asking us if this page is real, is that page real and it’s got to the point where even we can’t be sure. I have recently had three people in my pub asking me to collect for remembrance day and each time I have said no, not because I don’t want to but since seeing the murky world of Britain First I will only have the Royal British Legion in and then for the rest of the year the Royal Air Force. Two of the three understood why I’m taking this stand, sighed and admitted that most of the pubs were taking this line too. The other got quite angry and insisted that I should allow his box on my bar. He left when I asked for his registered Charity number.

So to all you good souls who give money to respect and honour our troops please be careful where your pennies are going. I would advise sadly that you should only give money to the Royal British Legion this year and politely decline others. Give your reasons, the true ones will sigh and understand – only the shysters won’t.

This is a busy time for me at the moment. In a weeks time I will have completed my move to the South Coast, and my new pub will be halfway through the renovation. At least Beryl won’t be putting holes in the wall, Bazzer complaining about 3-5-2 or 4-2-3-1 and Gaz telling me every two minutes that the world is better under the conservatives will be a distant memory